Are Bed Bugs In Chicago Harmful To Humans?

When bed bugs get into your Chicago home, they're going to bite you. They're going to bite you a lot. Each individual bed bug will feed more than once, and typically three times. It only takes a few bed bugs to cause a lot of irritating bites on your skin, but how bad are those bites? Do bed bugs spread diseases when they bite? Are there any other consequences to having bed bugs bite you? We're going to explore these and other questions as we examine the question: "Are bed bugs in Chicago harmful to humans?" 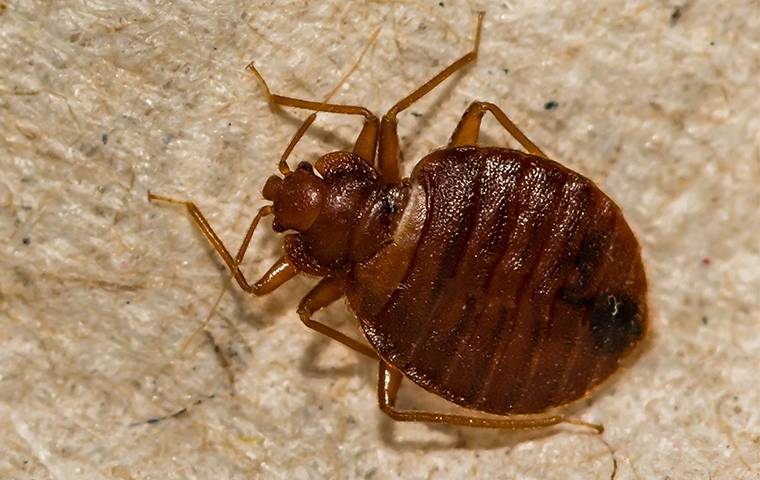 There are around 90 bed bug species in the world; many of them do not have a preference for human blood. The species Haematosiphon inodora, for instance, would much rather feed on the blood of chickens. The bed bug that is the most troublesome for humans is Cimex lectularius. While some bed bugs are limited to certain regions, this species has a worldwide distribution due mostly to its preference for human blood, so it isn't surprising that they're commonly found in Chicago homes. All this is to say:

There is no unique difference between the bed bugs that are harmful to humans in Chicago and bed bugs that harm humans in the rest of the world, when it is Cimex lectularius that is being referenced.

If you're reading this article and you don't live in Chicago, all of the facts presented here will also apply to you if you have insects of the species Cimex lectularius in your home.

There are many bugs that spread diseases to humans through a bite. A few examples of dangerous bugs are mosquitoes, ticks, and fleas. But, for a bug to be dangerous to humans it must have the ability to contract a disease, carry a disease, and transmit the disease to humans. The West Nile virus, as an example, can be spread by mosquitoes of the Culex species. These mosquitoes get West Nile Virus from animals and incubate the virus in their guts. The virus then moves to the salary glands where it is able to be administered to a human when a Culex mosquito bites.

Can Bed Bugs Do This?

Studies have shown that the insect Cimex lectularius is able to carry the organism that causes Chagas disease. They may be carriers for other diseases as well. But there are no confirmed cases of Chagas disease in the real-world. So, apart from showing an ability to spread the disease in laboratory studies, there is no evidence to show that bed bugs present a real-world threat. This is because, unlike Culex mosquitoes (which are exposed to many wild animals) baby bed bugs are only exposed to you. They hatch near your bed. They feed on your blood. They grow up, reproduce, and have more babies that come out at night and feed on your blood. They most likely will never be exposed to anyone other than you, or someone else who sleeps in your bed. This significantly limits their exposure to the parasite Trypanosoma cruzi, which causes Chagas disease.

Conclusion: You shouldn't have any concern about bed bugs spreading diseases to you.

Not necessarily. Here are a few facts to consider about bed bug bites.

The Real Harm Bed Bugs Cause

While they're not a serious medical threat, bed bugs are miserable pests. It isn't fun to have blood-eating bugs in your home. It can lead to a loss of sleep, anxiety, depression, and worse. Not only is it demoralizing and uncomfortable to live with bed bugs, but these insects can also do harm to your social life. All this considered, this is probably the most harm these insects will do. If your friends and family find out that you have a bed bug problem, they'll probably avoid you for a while. This is why we believe the best solution for bed bugs is a professional resolution to this pest issue. It feels so good to tell your friends and family, "I had a professional perform a bed bug treatment. They say the bugs are gone."

Are you having issues with bed bugs in Chicago? If so, call the Chicago pest control experts. The service team here at Aerex Pest Control is one of the best in the business. We know what is required to get rid of all the bed bugs in your Chicago home - every last one of them! Reach out to us today to request immediate assistance with bed bugs.