If you see a bunch of cobwebs in your home or see a spider or two running around, you're likely worried you have an infestation. Most people hate spiders, and they have a fearsome reputation. But, the truth is that most spiders in Chicago aren't as dangerous as people think. Most spiders that invade are house spiders that don't pose health risks to humans. While they have fangs and can inject venom, their venom isn't potent enough to hurt your or your pets.

Learn more about nuisance spiders in the area and how to remove them with effective spider control. 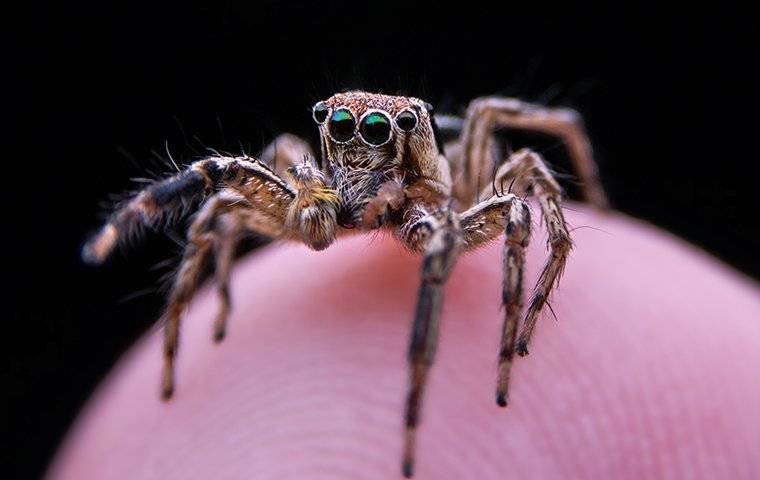 The Ten Most Common House Spiders

While the house spider sometimes refers to one specific species, it's also applied to harmless spiders that often get into homes. Here are the ten most common house spiders in the area:

If you have a spider infestation, the Chicago pest control experts can remove it quickly.

Spider 101: Identifying What Spider Is In Your House

While the above list went into how some spiders in the area look, the best way to know what kind of spider you have is to contact a prevention and control expert. All spiders have eight legs, but they vary widely in their markings and body shape.

Do All Spiders Bite Humans?

All spiders have fangs, and even if they have small mouths, they can technically bite. However, spiders usually aren't aggressive. They are somewhat secretive and are more likely to try to avoid you. But, if they feel threatened or cornered, they may bite. You're most likely to be bitten if you come across their hiding spots, so be careful to look before putting your hand in dark, cluttered areas. And, remember that most bites don't pose health risks.

The Key To Keeping Spiders Out Of Your Home

No one wants to have spiders in their Chicago home, so Affinity Pest Control is here for you if you are tired of them. We also offer ongoing home pest control plans that prevent spiders and their pest prey. It's generally much easier and faster to get help from a pest professional than to try to address padres on your own. Call us today instead to request a quote or learn more about our spider control services.