At some point in the ’90s, the stink bug arrived on American soil from China. The nasty little bug had one thing on its mind, our crops. Its official name is brown marmorated stink bug (BMSB). In the mid-’90s, stink bugs were first reported in epic numbers in Pennsylvania. Samples were collected and it was confirmed that this was the Asian BSMB. 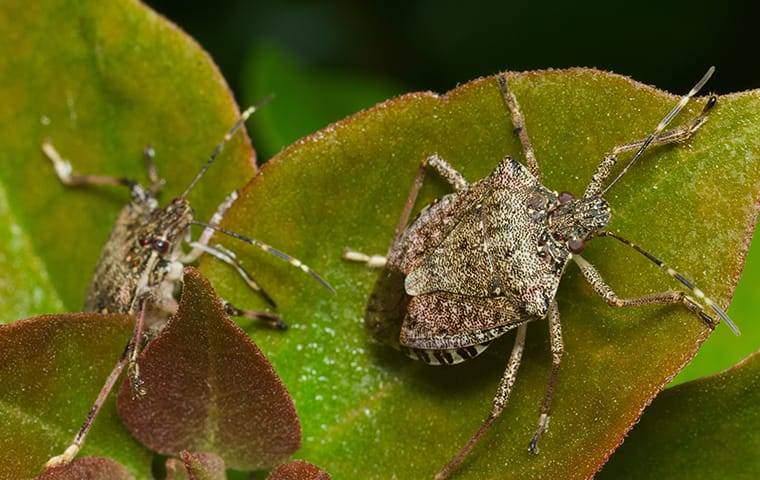 Today the bugs have been reported in 46 of our states and four Canadian provinces. In eleven of the states, stink bugs have reached a critical level and have been labeled a severe agricultural threat. Here is how you can identify a stink bug:

There are a few other occasional invader pests that may be confused with a stink bug, but the above description should help you.

So if it's a warm day in January, which is rare in Chicago, and you see a few stink bugs roaming around on your porch, you can bet there is an entire population overwintering somewhere inside your house. They are not overly picky but do prefer dry spaces. Attics, crawl spaces, or inside the walls are all equally cozy for them to get comfortable for the winter. They can usually tough out the winter unless the temperature drops below 10°F. The one upside is that they do not mate during the winter, so you won't have to worry about the population tripling. That is until spring.

When it comes to the direct effect that stink bugs have on humans in your home, there really isn't one. Besides being a smelly nuisance, they do not bite humans or their pets. Of course, nobody likes to share their home with bugs. Them being in the house is all the reason most people need to contact Aerex Pest Control. When they do invade, the sheer numbers are staggering. When you multiply all those stinky bugs, you have a very stinky house.

It wouldn't be so bad if that was the extent of their annoyance, but alas it is not. Stink bugs are wreaking havoc on our food supply. They invade orchards and crops and destroy them in short order. They insert their mouthparts into the fruit while they eat. This makes the fruit begin to rot. Also since the skin was pierced, nectar is now being released, which attracts ants. They harm trees, shrubs, commercial nurseries, and residential landscaping. Because they can fly, moving from crop to crop is easy for them. The crops that seem to have the biggest impact from a stink bug invasion are:

If any of these are among your favorites, then you can take this invasion personally. These bugs are a serious threat.

How Do I Get Rid Of Them?

We all need to do our part in the battle. The best way to deal with stink bugs, especially those that have established themselves in your walls, is with professional assistance. We must eradicate these pests. They have no place in our ecosystem or the food chain on native insects. Aerex Pest Control has been working on the best ways to handle this situation. Illinois isn't currently one of the eleven states marked as being in severe agriculture danger, but we are just below it in the ranking. Please help us by calling for your free estimate today.