Home › Blog › How Do I Get Rid Of Boxelder Bugs On My Chicago Property?

How Do I Get Rid Of Boxelder Bugs On My Chicago Property?

This bug is a classic nuisance bug. They will not harm you or damage your home. So what's the big problem? It's the sheer number of bugs that will invade all at once that is the issue. 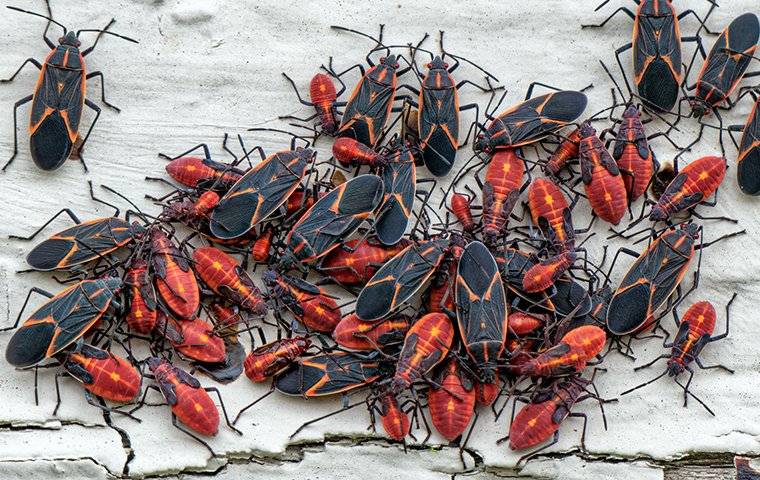 What Is A Boxelder Bug?

These bugs can be found where boxelder trees grow. They feed in the trees and lay their eggs there. Once the colder weather comes, they will migrate to your cozy warm house over winter. You cannot misidentify this bug, because its coloring and markings are very distinctive.

The problem usually isn't being able to describe or recognize this bug, it's knowing its name. Boxelder bugs are not synonymous with pest control efforts in the ways that ants or spiders are, making them pretty low on the list. That is until you get invaded.

Problems Associated With This Bug

There really aren't any major problems that are caused by the boxelder bug, but they are not without negative traits. They are capable of biting, but it is very unlikely that they will do so.

If you can live with hundreds of bugs making themselves at home in your house then this is the pest for you.

As for the ones that have already made it into the house, use a vacuum cleaner to suck them up. As we said earlier, dead boxelder bugs attract dermestid beetles. So to avoid this using the vacuum cleaner is a simple and effective solution.

There are common places that insects will enter a home. It’s always a good idea to keep an eye on these locations to monitor any potential problems

Best Way To Make Them Go Away

Aerex Pest Control is accustomed to ‘occasional invaders’ like the boxelder bug. We have been serving the greater Chicago area since 1948 and we are very familiar with the types of creepy crawlers that we have in Illinois. Our methods are tried and true and will bring a quick end to your problem. A year-round service plan would ensure that you never have this problem again. Call for a free estimate today.