We all know that stinging insects can be a serious threat during the summertime, especially if they choose to nest close to homes and residences. Bees may not be terribly threatening, but wasps and hornets are certainly more aggressive and dangerous to have around your Chicago property. How many species of hornets should you be concerned about, though? Technically, none; the only true hornet species in the United States is the European hornet, and they're not often found in Chicago, but there are different species of wasps you'll want to keep an eye out for. 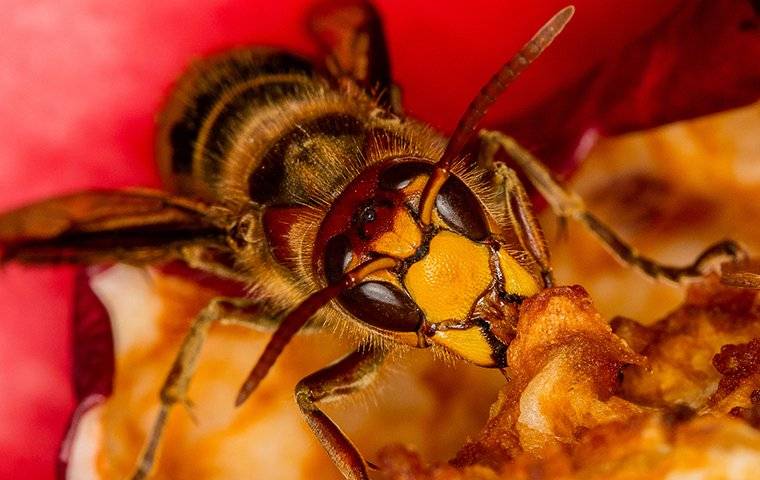 Wasps In Chicago: What They Look Like And Where To Find Them

Of the thousands of species of wasps in the United States alone, seldom few can be found near civilization, and even fewer are seen in Chicago:

You may be wondering why bald-faced hornets are included with wasps. Truthfully, these insects aren't technically hornets at all; but rather a different and more aggressive species of yellowjacket. Some of these species are much less aggressive than others, such as mud daubers and cicada killers, but make no mistake, they're all still very dangerous to have around your Chicago property.

The Life Cycles And Activities Of Wasps In Chicago

The wasp life cycle is truly fascinating, especially since they spend the majority of their changes in one single colony cell. After the queen lays her eggs, one in each cell, the other worker wasps spend their time building new cells and eventually foraging for food to feed the newly hatched larvae. When they've grown to their full size, the workers seal the cells, and the larvae solidify into pupae to finish their metamorphosis. Once fully grown, they emerge from their pupa shells as adult worker wasps, ready to work tirelessly for their queen.

How To Safely Remove A Wasp Nest From Your Chicago Property

The absolute safest method to remove a wasp nest from your Chicago property is to call your local pest control company. Wasps are incredibly dangerous insects, especially since they can sting multiple times, and making an entire nest angry with DIY methods and unreliable store-bought pesticides is a sure-fire way to get sent to the ER. Dangerous pests like these are best left to the professionals, like Aerex Pest Control.

As a family owned and operated company since 1948, we work hard to keep our customers safe and 100% satisfied with our services. We're meticulous about what technicians we hire and we're dedicated to offering effective and affordable pest control. We only ever use top of the line pest control products, and our 100% satisfaction guarantee ensures that your home will stay pest-free. Get in contact with us today to start discussing your pest control options.

Complete the form below to schedule your no obligation inspection.