The Best Way To Get Rid Of Boxelder Bugs In Chicago

If you're a Chicago resident, there's a good chance you've seen boxelder bugs before. These pesky insects can be quite a nuisance, but with the right information, you can get rid of them. Aerex Pest Control will discuss some basic facts about these bugs, what they're attracted to, how long they live, and tips on boxelder bug control. We're your Chicago pest control experts, and we're here to help you get rid of boxelder bugs in Chicago for good. 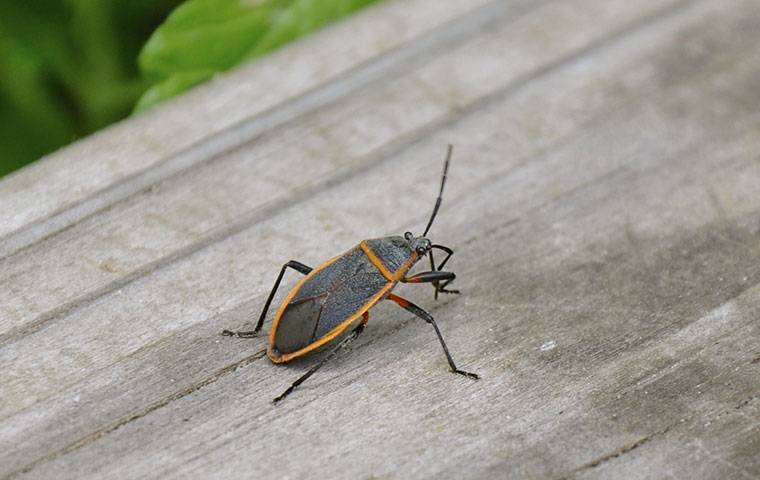 How Did Boxelder Bugs Get Their Name?

These insects are so named because they're commonly found on boxelder trees. The scientific name for the bug is Boisea trivittata, and it's a member of the true bug family, which includes cicadas, aphids, and water striders. Boxelder bugs are black with three red stripes on their backs, and they have a flattened, oval shape. Adults are about ½ an inch long, while nymphs (immature bugs) are about ¼ an inch long.

While boxelder bugs can be a nuisance, they're not known to bite, so avoiding boxelder bug bites is not a concern. However, they can enter your home in large numbers and become a huge nuisance.

What Are Boxelder Bugs Attracted To?

These insects are mainly attracted to two things: boxelder trees and warmth. In the spring, they'll come out of hibernation and congregate on south-facing walls, where the sun's rays are the strongest. They'll stay there until it's time to mate, at which point they'll disperse in search of food.

Boxelder bugs are sap-sucking insects, which means they feed on the fluids of plants. They prefer to feed on the seedpods of female boxelder trees, but they'll also feast on the leaves, flowers, and bark of these trees. In addition, they're known to feed on the fruits and seeds of maples and ash trees.

How Long Do Boxelder Bugs Live For?

The lifespan of a boxelder bug is about one year. In the spring, they'll emerge from hibernation and mate. Females will lay their eggs on different surfaces, and nymphs will hatch about two weeks later. Nymphs go through five molts before reaching adulthood, at which point they'll begin to feed on plants. They'll spend the summer and fall feeding before going into hibernation in the winter.

How Can I Get Rid Of The Boxelder Bugs Inside My Home?

During the fall, boxelder bugs will look for a warm place to spend the winter. This is often when they end up inside homes and other buildings. Here are some tips on getting rid of boxelder bugs that have come looking for shelter:

If you're having a serious problem with boxelder bugs in your Chicago home, don't hesitate to contact Aerex Pest Control. With more than 70 years in the pest control industry, we have the knowledge and experience to get rid of boxelder bug infestations in Chicago homes. Our friendly services technicians are trained by renowned American entomologist Dr. George Rotramel, so you can rest assured that the highest level of expertise is used in eliminating the pests.

Contact us today to learn more about boxelder bugs in Chicago or to schedule a free estimate.