The Secret To Keeping Wasps Away From Your Chicago Yard

All pests are unwanted, but the worst kinds that pop into people’s minds are often those that can cause us physical harm. Stinging pests like wasps aren’t always aggressive but for those with allergies, they can be a serious matter. Learning how you can keep wasps at bay will help you avoid painful stings. 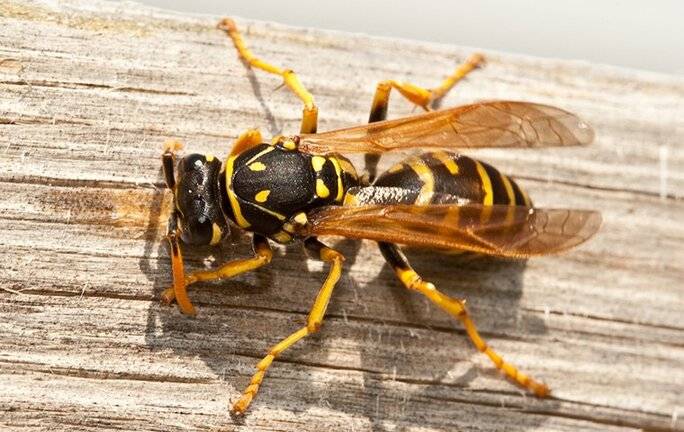 The term wasp refers to an entire category of flying, stinging insects. Even bees are a part of the wasp family, and those are the ones we tend to think of when it comes to allergies. But people can actually be allergic to any stinging pest. They all have venom, which contains chemical compounds that some people’s bodies can’t process. Much the same way people can find out they are allergic to certain kinds of food, they can also discover that they are allergic to certain kinds of wasps. That’s why, no matter what kind of wasp is around, it’s important to let professionals handle them. That said, here are some of the most common varieties:

Despite the dangers associated with their stings, wasps are beneficial to the environments they inhabit. Most people know how important pollinators are to aiding the growth of plants, which means they are essential for crops, too. Even the less fuzzy wasps tend to eat pollen or sugars that are secreted by plants, so all wasps are crucial to the reproduction of plants in both commercial and residential settings. Many wasps even hunt the garden pests that eat through leaves and flowers, so they can be a boon to those looking to control destructive pests. However, a nest of stinging wasps on your property isn’t all sunshine and roses. Even for those who aren’t allergic, stings are no fun and the last thing anyone wants is to feel like they’re being run out of their own backyard by buzzing bugs. That’s why it’s better to prevent wasps than simply react to them once they’re already there.

Preventing Nests In Your Yard

To make sure populations of wasps don’t move into your yard, you need to reduce the factors that attract them. Those include:

Instead of risking your own skin (literally) trying to remove wasp nests from your lawn, let experts do so safely. At Aerex Pest Control, our professional technicians know how to properly identify stinging wasps and apply solutions that match the population. Not only can we get rid of existing nests, but we also offer yard treatments that will prevent wasps from building them in your yard in the first place. Let us get started on an inspection right away.

Complete the form below to schedule your no obligation inspection.