Home › Blog › Why Are There So Many Spiders Outside My Chicago Home?

Why Are There So Many Spiders Outside My Chicago Home?

Spiderwebs on the outside of your Chicago home are great for spooky seasons and bug catching but not much else. Having a lot of webs slung across the exterior of your home increases the chance that you’ll walk straight through one on your way outside, and that experience never feels worth repeating. If you can’t seem to get ahead of the spider webs outside your home, there is a simple explanation for why. 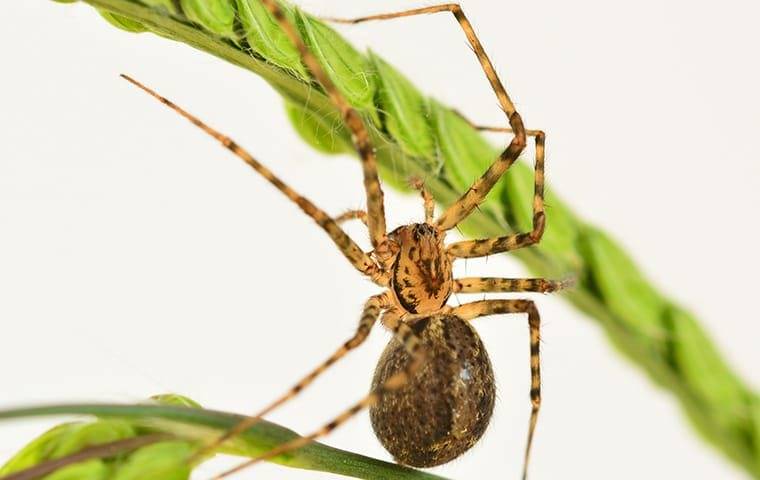 Common Chicago Spiders And Their Webs

Some spiders in Chicago can look alarming, but the most common ones are not dangerous to humans, and they are probably doing your gardens and shrubs a favor. If you’re seeing a lot of webs, you may have these spiders hanging around.

The gray cross spider is a type of orb weaver named for its sphere-like body. Other orb weavers are common in Chicago, and many prefer gardens rather than houses. The next spider is not nearly as pretty as this species.

This spider species has a dangerous relative in Australia, but for the US, funnel spiders are harmless. The last species is commonly confused with the wolf spider but goes by a very different name.

Spiders use their webs for a variety of reasons, from hunting to hiding, from subduing prey to protecting young, and from forming egg sacs to ballooning longer distances. Webs aren’t as simple as they first seem.

The simple reason you’re seeing a lot of webs outside your home is that you have a lot of spiders. This most likely indicates that your yard and garden have a lot for them to eat. To keep the web and spider population down, try these techniques:

If you’re on the losing side of a spider or insect-prey battle, there is one more pest-prevention method that’s proven most effective of all: regular visits from a pest control professional.

Since 1948, Aerex Pest Control has been on the cutting edge of pest control techniques that keep Chicago residents safe and worry-free. Our exterior treatment can do the de-webbing for you and can help you tackle the root of the problem for your spider woes: the insect prey that attracts spiders to your home. Our offerings also include treating any areas that may allow pests access to the inside of your home. For a free quote or to schedule your first visit, call or visit us online.