What are occasional invaders?

Centipedes, millipedes, silverfish, ladybugs, and crickets are examples of occasional invaders that live throughout Illinois. We refer to the above insects as occasional invaders because while they spend most of their lives outside, they will occasionally (usually when the weather dictates it) take shelter inside our homes and other man-made structures. 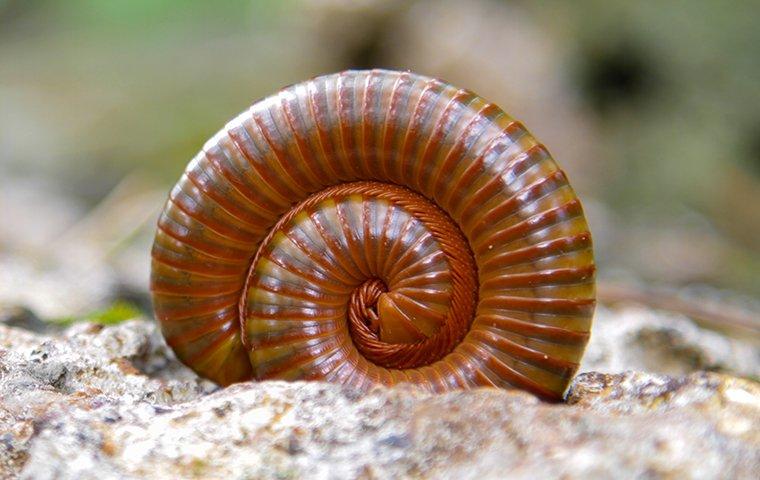 Occasional invaders tend to be more of a nuisance for people to deal with rather than a danger. Some species like crickets will damage fabrics, and others like silverfish will contaminate dry goods stored within your home, but their threats are minimal.

Having occasional invaders in your house is usually a sign of more serious issues. Their ability to move into your home means other more dangerous and destructive pests will also be able to find a way inside. Their presence also means there could be an underlying moisture problem in or around your home. Most occasional invaders have high moisture needs and are attracted to areas of moisture that may be caused by leaking pipes, dripping air conditioners, or a damp basement or crawlspace.

Why do I have an occasional invader problem?

Occasional invaders mainly become a problem inside our homes when the weather becomes too harsh for these pests to live. During periods of heavy rain, drought, or cold weather, occasional invaders migrate into our temperature-controlled homes.

These pests may also move indoors by accident. When they are living in large numbers in flower beds, woodpiles, or garden areas in your yard, you will likely see these insects in your home at some point during the year.

Where will I find occasional invaders?

Like other pests that don’t belong in our home, occasional invaders want to stay hidden. After getting into your house, occasional invaders quickly move to dark, quiet areas that meet their moisture requirements. Basements, attics, and crawlspaces are favorite hideouts. They also like to hide in wall voids near water pipes and under sinks in kitchens and bathrooms.

How do I get rid of occasional invaders?

With over 70 years of experience, trust Aerex Pest Control to keep pests away from your Chicago area residential or commercial property. To learn more about our effective pest control options, give us a call today!

How can I prevent occasional invaders in the future?

We have put together a helpful list of practical prevention tips to help you keep occasional invaders out of your home.

Should I Be Worried About The Spiders I Find In My Chicago Home?

Keeping Pesky Crickets Away From Your Chicago Home